Home > Microsoft Teams > How to set Teams Out of Office status

How to set Teams Out of Office status

by Szymon Bochniak April 18, 2022
Microsoft Outlook, Microsoft Teams 1
⭐ PARTNER OF THE BLOG
Microsoft 365 atWork partners with AFI.AI, the developer of modern data protection platform built from the ground up to deliver a fully-fidelity backup for MICROSOFT 365 and GOOGLE WORKSPACE.

Microsoft Teams becomes one of the most commonly used tools for communication in Office 365.

Teams like Microsoft Outlook supports the possibility to share Out of Office messages during holiday or sick leave.

Learn how to set out of office status and message in Microsoft Teams.

Does Outlook out of office sync with Teams?

Yes 🙂 Microsoft Teams will display Outlook out-of-office messages and Out of Office information. Information about out of office status from Outlook will be populated to Microsoft Teams user profile.

If you will open the hoover window with a user profile in Microsoft Teams, you will be able to notice out-of-office information populated from the Microsoft Outlook setup.

This is a very useful setup and could be enough for many users. At the same time, this information could be missed if sending a chat message from a different location: specific Teams channel, Yammer, SharePoint etc.

How to set Microsoft Teams out of office status?

Every Teams user can set the Out of the office status and an automatic message sent to other Teams users. 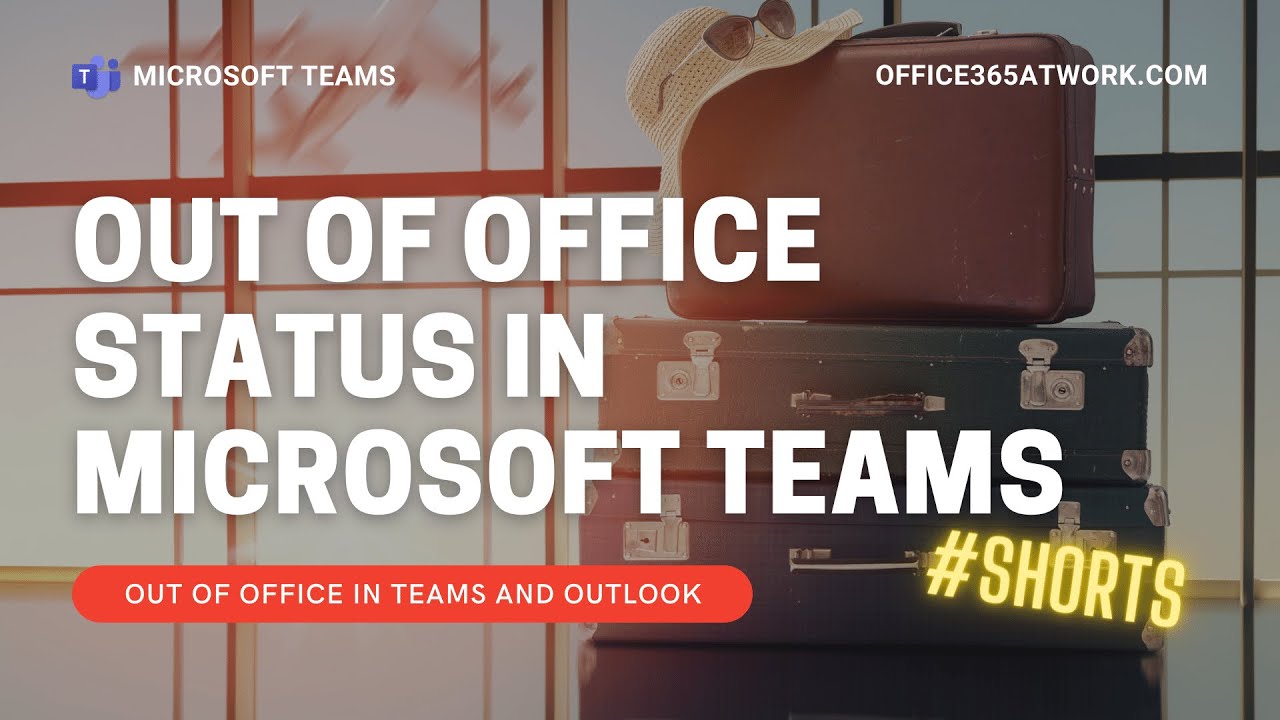 To set out off office status in Teams go to your profile (1) and select a Set status message button.

In the new window select the Schedule out of office button.

You have also the possibility to send messages to external users. To do that select Send replies outside my organization and set a specific message for such an audience.

This is the way to set out of office status message in Microsoft Teams.

How to remove out of office status in Microsoft Teams?

If you want to remove out of office status/message from Microsoft Teams open the Schedule out office section and turn off internal and external out of office messages.

Remember to do the same thing with out-of-office status in Microsoft Outlook. These two instances could sync with each other.

Bravo! You did learn how to manage out-of-the-office status in Microsoft Teams. As soon as you will get back to the office you should learn more about the Teams app. Learn how to escalate emails using Teams, how to use emojis in Teams and how to create quick pools in Teams.

Do you want more?

I prepared more articles that could help you get a better understanding of Power Automate, OneDrive, Microsoft Lists and SharePoint Online.

Learn how to set Microsoft Teams Out of Office message and sync it with Microsoft Outlook. Set out of office status in Teams.

How to migrate Teams team and channels

How to backup SharePoint Online

How to create Email Group in Outlook

We use cookies on our website to give you the most relevant experience by remembering your preferences and repeat visits. By clicking “Accept”, you consent to the use of ALL the cookies.
Do not store my personal info.
Cookie settingsACCEPT
Manage consent

This website uses cookies to improve your experience while you navigate through the website. Out of these, the cookies that are categorized as necessary are stored on your browser as they are essential for the working of basic functionalities of the website. We also use third-party cookies that help us analyze and understand how you use this website. These cookies will be stored in your browser only with your consent. You also have the option to opt-out of these cookies. But opting out of some of these cookies may affect your browsing experience.
Necessary Always Enabled
Necessary cookies are absolutely essential for the website to function properly. This category only includes cookies that ensures basic functionalities and security features of the website. These cookies do not store any personal information.
Non-necessary
Any cookies that may not be particularly necessary for the website to function and is used specifically to collect user personal data via analytics, ads, other embedded contents are termed as non-necessary cookies. It is mandatory to procure user consent prior to running these cookies on your website.
SAVE & ACCEPT
Return to mobile version
Go to mobile version